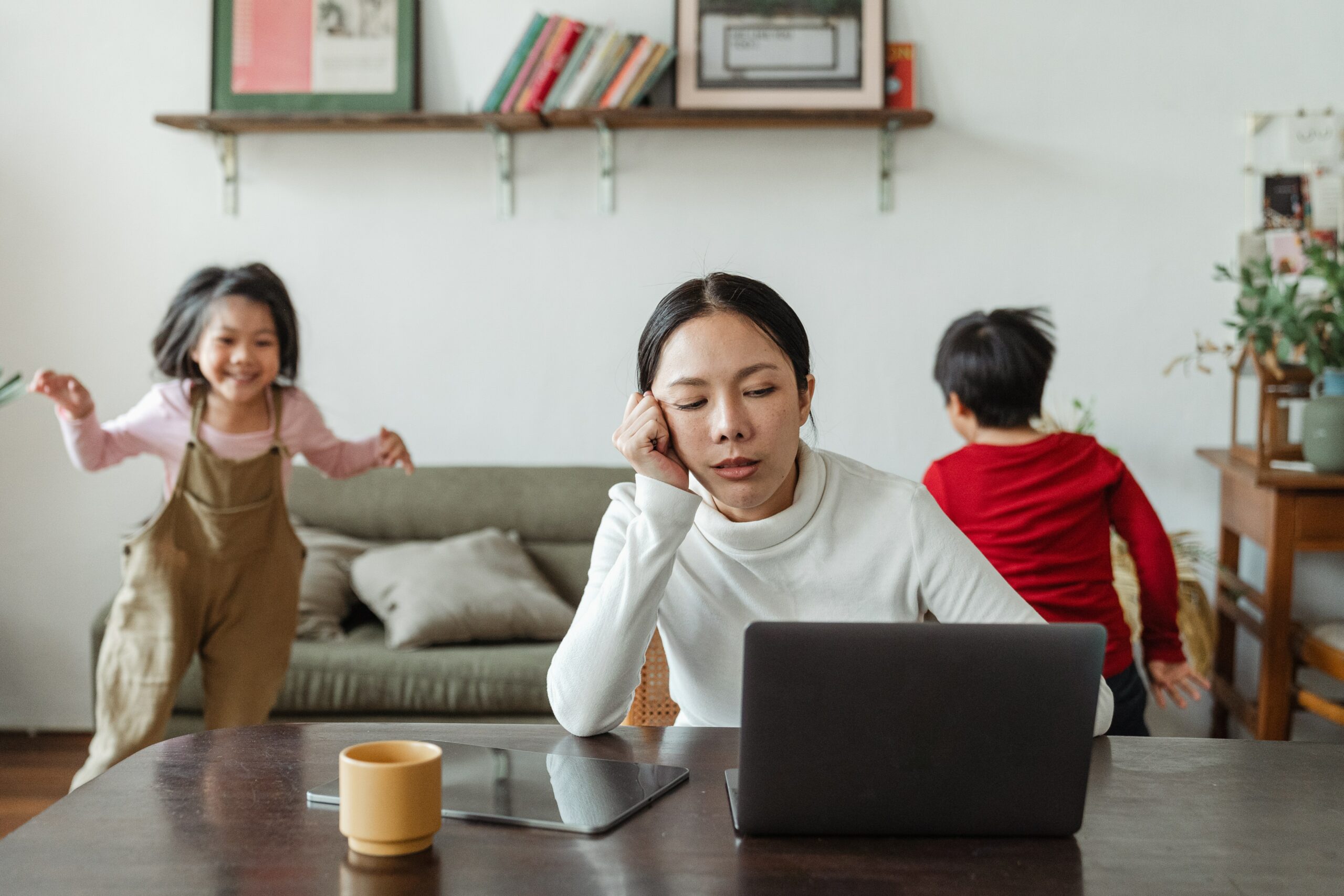 On a brisk morning walk a few years ago, I was talking with a friend about the pervasive challenge of the mental load. More specifically, I was discharging my own frustration at the how exhausted I felt carrying the burden of coordination and care for my entire family.

Like most women in heterosexual marriages, my brain was constantly swimming with anticipating family members’ needs, shopping lists, medical appointments, gift giving, school requirements, household essentials, and other random but somehow always vital pieces of information. Like most women in heterosexual marriages, I was tired. I was burnt out. I was angry.

My dear friend listened compassionately and kept my pace as my irritation made me walk faster. But then she said the thing that somehow inevitably gets said to women when we lament about the inequitable mental load. “Ugh, I get it. It’s really not fair. But the reality is that we are just better at juggling all this stuff. I’ve found that my partner does really well when I make him a list. His brain just doesn’t work like mine.”

My heart broke. Her response was in no way unique, but it disappointed me on a new level.

The mythical formula for creating gender equity at home.

How often are we told that if we just write down a few of the tasks that are plaguing our brains and delegate them to our partner, we’ll finally achieve the “balance” we’ve been desperate to find?

By now you’ve probably – hopefully – heard all the reasons why this is not the solution. Things like adding to a woman’s to-list by also having to make her partner’s to-do list. Creating a parent-child or boss-employee dynamic in what should be a partnership. Fostering a lack of ownership and building resentment.

But I want to backtrack for a minute to address what underlies the list idea, which is the assumption that women’s brains work differently than men’s when it comes to managing tasks (like a household and/or children).

I’m fairly analytical and I really like the human brain, so after recognizing this default assertion, I wanted to determine if this was actually the case. Were women somehow better suited for the constant juggle? Were our brains wired differently to help us multitask?

To be completely honest, I’d long held this belief myself, and it was in fact a point of pride. Women are just better at being able to switch back and forth between different tasks, hold focus, and get shit done, I’d always believed. And I thought I specifically was pretty darn good at it as well.

So, I started digging. I soon discovered that the early research was mixed about this. That research looked at particular tasks and didn’t account for certain underlying variables though, so in addition to being inconclusive, it was also incomplete.

As I looked into this further, I found the most recent research. These scientists designed their studies carefully and looked at both kinds of multi-tasking – task switching and dual tasking (going back and forth between multiple tasks and doing multiple things literally at the same time, respectively). And they controlled for all the right things.

What they clearly found was that no gender differences existed in multitasking abilities. None. Not on any of the ten different conditions they examined. Nothing.

Perhaps equally importantly, they confirmed that multitasking is universally bad for people’s effectiveness. No gender differences here either. Just problematic all around. Oof.

So if no physiological gender or sex differences actually exist related to multitasking, why has this stereotype about women prevailing here held so strongly?

I believe there are two reasons.

The first is that while women are not inherently better at multi-tasking, the stereotype and cultural norms have made it such that they are a lot more practiced at it. As partners and mothers, we don’t feel we have a choice but to juggle, and so we get “good” at it because we’re doing it all the damn time. We weren’t built for it; we adapted. Specifically, we’ve developed tools and strategies to make us more effective in holding tons of information. We do cognitive offloading by making lists, keeping calendars, setting reminders, and overall building our lives around being in sixteen mental and emotional places at once.

The second one should be obvious. It’s that anytime you want someone to do more of something, it’s a really good strategy to tell them they are excellent at it. We’re all influenced by positive reinforcement, and when it’s combined with weaponized incompetence (“Oh shoot! I’m just not nearly as skilled at this as you are!”), it’s a doozy — an effective doozy.

Our culture has been built on the backs of women who’ve been told that they are uniquely qualified to do certain kinds of tasks and to do dozens of them at a time. But the reality of that just doesn’t hold up. Science shows us that all humans are capable of the roles women tend to play and that none of us are actually talented at multitasking.

I’m left wondering how we can banish this mythology, and I go back to my conversation with my friend. At the time, I’m embarrassed to say, I nodded my head in solemn agreement to her assertion that we were made for this. Even while my gut was shaking it’s head no, my mind tried to convince me otherwise.

With science behind me and a bullshit meter better calibrated, I hope that I can help confront this myth. How powerful it would be if women specifically refused to accept that argument? If we truly inhabited the belief that we are all capable and thus all responsible, how much burden could be lifted off the shoulders of women? I’m eager to find out.