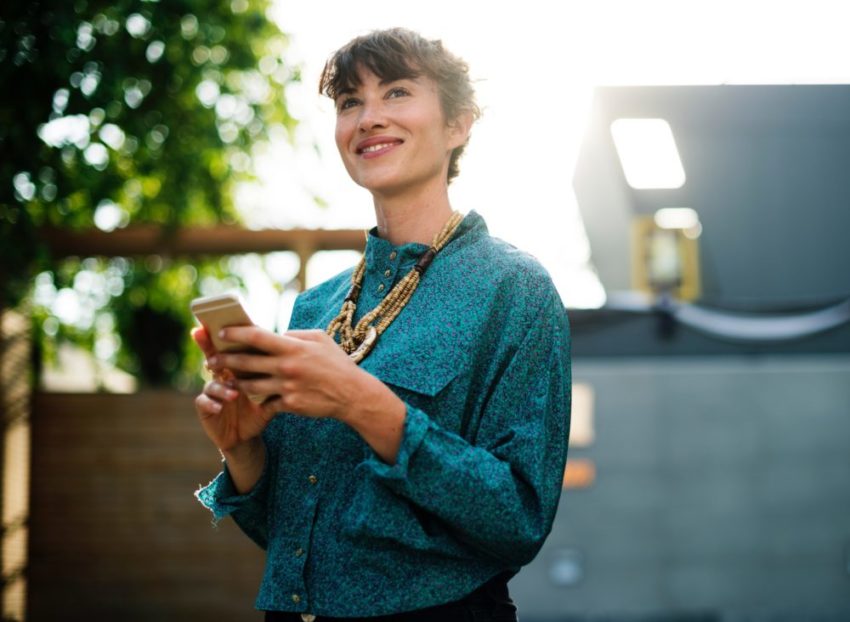 Most of us like to think that we’re quite rational and mentally capable (and many of us are). So when we’re setting our sights on a goal — a career advancement, a healthier behavior, or a change to how we parent, for example — it seems logical that we would simply evaluate the situation and then move forward with the best plan.

But if you’re anything like me (and, c’mon, you probably are), you realize that it’s just not that simple.

While I’m the first to encourage women to tune into their internal wisdom when facing decisions or striving toward a goal, it’s equally important to avoid taking our impulses as fact. This is because, regardless of our level of education or training, we’re all subject to what we psychologists call cognitive biases or errors. In fact, thinking that we are immune to these mistakes makes us all the more vulnerable to them.

Cognitive biases our essentially are brains’ attempts to simplify things. Doing all of that thinking and assessing and decision-making each day is hard work, and our brains really do need shortcuts to avoid getting too bogged down.

But you can imagine the dark side of these mental bypasses. They can result in missing important information, misconstruing things, missing opportunities, and making bad decisions.

If you’re set to make a change, read on to learn about some common mental biases that undermine us in executing on the changes we want to see in ourselves. 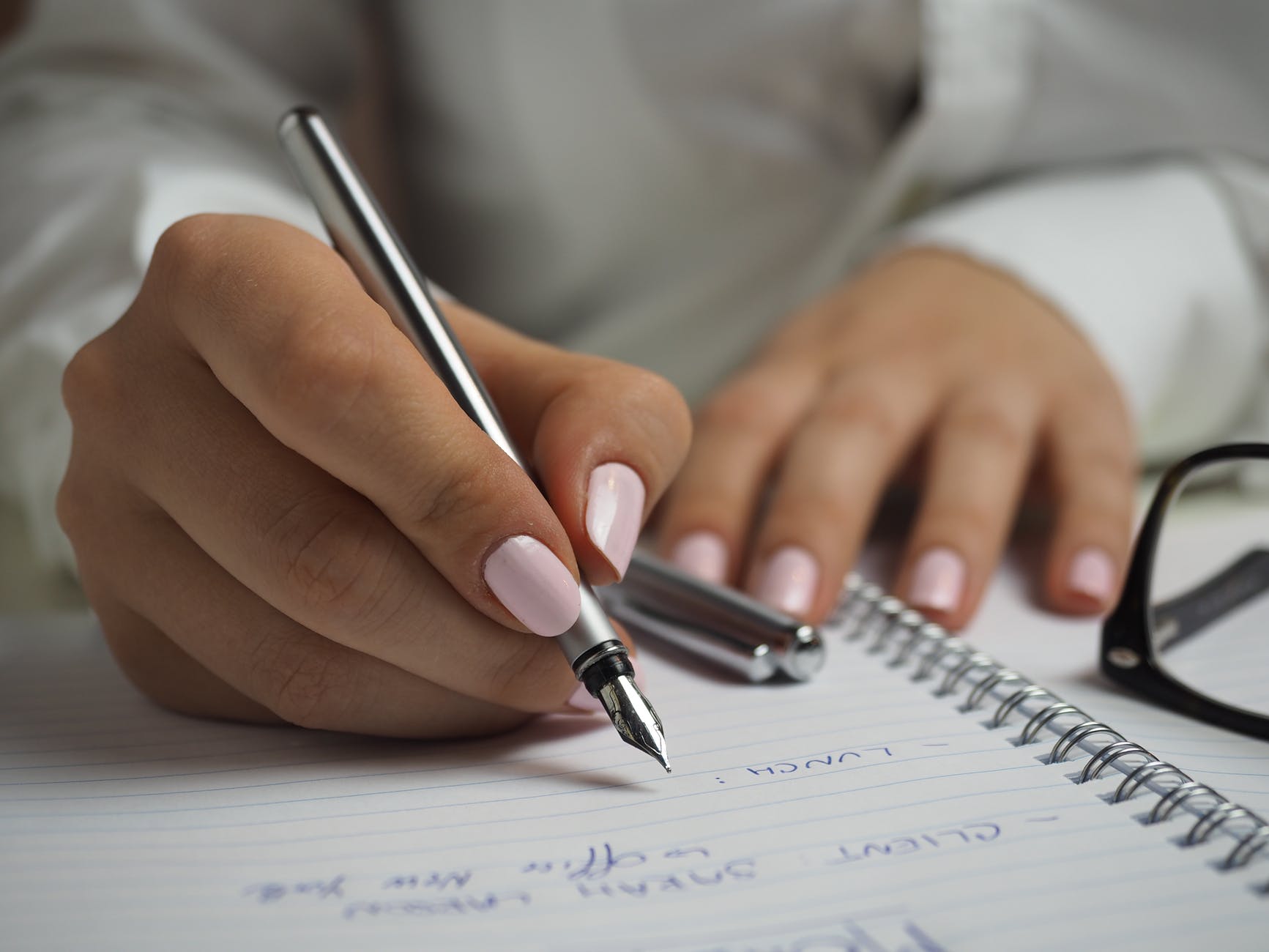 How It Works: Known by several different names, this error is the tendency to assume that other people have relatively stable behaviors, moods, and personal qualities, while we see our own as variable. It’s an incredibly well-researched phenomenon and links also to stereotyping and discrimination.

How It Sabotages You: Trait ascription bias can be quite dangerous in relationships to other people, as you can imagine. But what I want to note here is how I see it interfere with women’s confidence in making a change or taking a chance. What I often hear when women are considering a goal is that they know other people who have been able to do this, but they aren’t like those other people. Those people are go-getters. Or have so much more persistence. Or are stronger emotionally. That’s just not me, they say. I don’t have what it takes.

What To Watch For: When you start drawing negative comparisons between the traits you have and the ones you think are needed to accomplish your goal, just stop right there. Besides likely being inaccurate and self-fulfilling, it’s simply not helpful. Look for the ways that you have demonstrated the qualities that you believe you need to move forward and repeat them like a mantra in your mind.

The Bias: The Spotlight Effect

How It Works: The spotlight effect is essentially the mechanism behind self-consciousness. It’s an error that we make regarding how much we assume others are paying attention to us — our appearance, our behaviors, our lives. Because we are the center of our own worlds, it can be very difficult to recognize how relatively little others actually give their focus to us.

How It Sabotages You: I see this wreak havoc on the minds of girls and women all the time. It makes sense — as women we are taught to be vigilant about the way the world perceives us (often even for our own safety). But it also serves to limit the way that we live our lives on a daily basis. We easily overestimate (and concern ourselves too much) with the perceptions of others on our lives. What will they think if I take time off? Will they think I’m lazy or unmotivated? Or, I couldn’t possibly sign up for that race when I look like this! Everyone will laugh at me. The reality is that people are thinking far less about us than we are of ourselves.

What To Watch For: Consider how much time you spend thinking about your own situation and then recognize that this is where everyone else’s head is at as well. We just don’t have the mental space to be judging everyone else as much as we assume we all are. And at the end of the day, even if we are on the receiving end of unwanted attention for something, we have to just do the damn thing.

How It Works: When we’re faced with a difficult choice and we finally make it, we are more likely to remember and focus on all of the positive aspects of the choice we ended up making rather than those of the one we didn’t. I often think about this as a gift of the brain since it allows us to avoid constant regret.

How It Sabotages You: The problem here is that it can significantly skew reality. One way in which I see this play out is when we look to others who have been through a similar situation for feedback on a decision that we need to make or how to proceed. Depending on the decision that person made, their recollection and portrayal of their process is going to be biased. They are likely to focus heavily on the benefits of the approach they took and downplay the sacrifices of alternatives.

What To Watch For: Do your research, but avoid over-seeking others’ personal accounts. Remember that every situation is unique and you’re likely not getting the full picture.

How It Works: Despite our stellar frontal cortexes (that’s the planning part of our brain), we’re just not so great as estimating how much time it will take the complete a task. We most often underestimate what time will be required and get behind schedule.

How It Sabotages You: One of the big risks of the planning fallacy is that when our expectations about reaching a goal in a certain time aren’t met, we can get demoralized. When we start to realize how “behind plan” we are, we often even quit prematurely. And that, of course, is such a shame.

What To Watch For: When we can segment a goal into smaller parts, we can get much more accurate at estimating the total time. For example, if you want to train for a 5k, map out how much you’ll increase your distance each week versus just picking a date on the calendar to be “ready.” Another tool is to commit to small goals within the larger goal with realistic deadlines. If you want to complete the launch of a new project, target and commit to exactly what you’ll accomplish each day toward the launch.

How It Works: Ever heard of Stanley Milgram? He’s the guy that instructed people to deliver shocks to other people, and many did it without question. Authority bias is downright scary in its implications because as social beings, we’re inclined toward complying with what people with influence encourage us to do.

How It Sabotages You: Each of us has certain criteria for “authority,” but there are some social structures that definitely make certain people’s opinions more influential. It’s true even when the opinion is outside of that person’s scope of knowledge or not applicable for us. I’m thinking here about politicians, physicians, or celebrities, among others. Doctors and celebs, even when they have good intentions, are quite fallbible. They are subject to all of their own biases — as well as errors in training and the influence other incentives at times. Their recommendations for quick fixes or courses of action should not be taken without careful consideration.

What To Watch For: Beware of the Instagram influencer! A personal testimonial (especially when compensated) is not a prescription for what’s right for YOU. Weigh your options and don’t automatically assume an authority’s perspective is the only one.

As a reminder, we can’t fully escape these mental tricks our brains play on us. But awareness and critical thinking are key. Keep a close eye on your brain and you’ll be on your way to your goal.